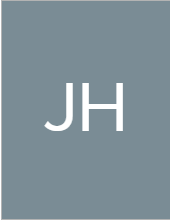 In 2013, the Governor appointed Mr. Hennelly as a commissioner on the Industrial Commission of Arizona where he serves as one of five appointees to oversee the Industrial Commission. Mr. Hennelly also served as the Deputy Director of the Arizona Department of Insurance (“ADOI”) from 1988 to 1993. As Deputy Director, Mr. Hennelly was responsible for overall regulatory and administrative functions at the ADOI, including: Supervision of the Assistant Directors of the Rates and Regulations Divisions, Financial Affairs Division, Consumer Affairs and Investigations Divisions, Receivership Division and the Business Office; ADOI liaison with the Arizona Attorney General’s Office on all ADOI legal proceedings; participation on ADOI legislative initiatives before the Arizona Legislature. Mr. Hennelly also participated extensively in activities of the National Association of Insurance Commissioners during his tenure as Deputy Director of the ADOI.

Mr. Hennelly served as an Assistant United States Attorney from 1987 to 1988. Mr. Hennelly served as an Assistant Arizona Attorney General from 1985 to 1987. His duties during his tenure at the Arizona Attorney General’s Office included prosecution of financial fraud matters and representation of various state agencies, including the ADOI.

Mr. Hennelly is a member of the Federation of Regulatory Counsel, Inc., International Association of Insurance Receivers and a founding Board Member of the Arizona Captive Insurance Council. Mr. Hennelly has formerly served on the Board of Directors of a life insurance company.

Please fill out the form below and our attorney will contact you.

Thank you. Your submission has been sent.

Van Cott & Talamante, PLLC is located in Phoenix, AR and serves clients in and around Youngtown, Laveen and Maricopa County.

Attorney Advertising. This website is designed for general information only. The information presented at this site should not be construed to be formal legal advice nor the formation of a lawyer/client relationship. [ Site Map ]

See our profile at Lawyers.com or Martindale.com